HOW We Eat Out Less (Free Printables)

I told you WHY We Eat Out Less, now I want to give you the HOW We Eat out Less.

I was definitely addicted to sugar, caffeine and salt.  It took a few things to happen for me to change my ways (and thus, my family’s ways).  First, we live in an area that has a high population of people who are Catholic.  Ash Wednesday, before Easter, it is common to see a lot of people with ash on their foreheads and many restaurants start serving fish.  One Easter my children asked about these things and I explained fasting.  They immediately said they wanted to do this too…until I mentioned that they could fast from playing the wii.  They finally all decided that they should fast from eating out.  What!!!  I was not happy.  Sure, it’s easy for them to decide to stop eating out.  They aren’t the ones who have to cook!!  I thought they were choosing something easy for themselves and hard for me,…but I relented…though, I quickly convinced them that getting an iced tea or pepsi was not “eating out” (Wow, was I addicted!). 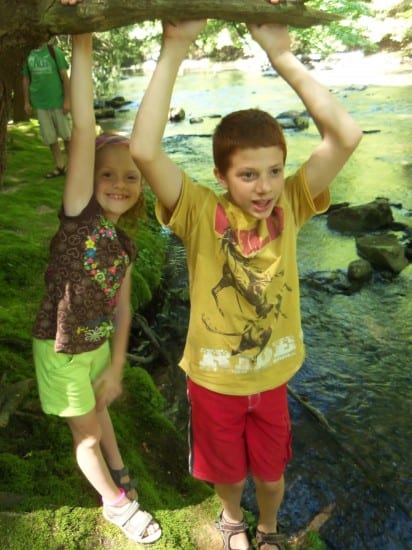 After Easter I was excited because I could get lunch out for me and the kids again occasionally and not spend my LIFE in the kitchen (that was how I saw it then).  What I did not anticipate was the fact that my body had gotten used to eating good food (besides the sweet drinks).  The first time we decided to grab something at a fast food restaurant, 3 out of the 4 of us got very sick.  We felt horrible, and it was not from some mysterious bacteria that we had to fight off.  It was just that our bodies were protesting the bad food after are fast from eating out.  After a few days, we tried something different….same result.  We felt achy, nauseous, and tired.

I truly believe that we can become so used to bad food that we become accustomed to how bad we feel.  We do not realize that the food we use for “comfort” or “pleasure” is totally ruining our energy and general health.

So, this made us eat out less and less as we tried different places with no good results.  One reason I liked grabbing something was because of my poor health.  Finally, I went to a naturopathic doctor…and she changed my life.  Not only did she make sure my body started getting what it needed, but had me go “cold turkey”, 100%, off sugar.  She said I could introduce a little later on after I was healthy, but none for a while.  Not even a little chocolate here and there!  What??!!  It’s what I needed to break the cycle, though.  It really was all or nothing for me.

The third major influence was allergies.  My allergies, as well as my children’s were getting worse.  My daughter became deathly allergic to eggs and soy.  Soy is in EVERYTHING!!!!  At least that’s what it seems like when you want to avoid it.  I had to start baking everything at home.  At first I was exhausted, but soon got into the groove of things.  We definitely had to go through an adjustment, changing what we ate and when.  But once we worked out what everyone could snack on, eat for meals, etc. it all fell into place.

The BIGGEST help was organization.  I am not a meal plan person.  But, it is what needed to happen to ensure that we ate healthy, and on a budget.

Now, I sit down with whichever child has “meals” for the week and we decide what we are going to eat.  Then that child is in charge of helping me with those meals.  The others help as well, but that one child has the responsibility with me for the week.  They’ve learned a lot, and so have I. 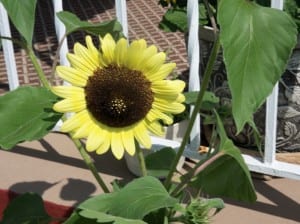